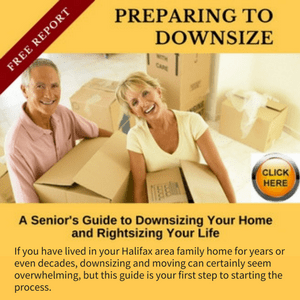 Is It Time to Downsize?

For most retirees, their biggest asset is their house. In many cases, it’s also their biggest expense. But unfortunately when it comes to retirement planning, the house is often the last item on the list of later in life changes.

There are many reasons this happens. Emotion is a major one, it is a hard decision to sell the family home. It’s a hassle to make a move, especially if you have lived in your home for decades. And many people are uncertain about where they would move.

Request Your Complimentary Copy of My

But for many retirees it makes financial sense to downsize sooner rather than later. While some people are reluctant to leave a paid off home for a rented apartment or a condo with condo fees, this isn’t a truly accurate picture. A home has the hidden expense of ongoing maintenance, roof, windows, landscaping etc. Not to mention other expenses like insurance, heat & taxes. Even with a paid off mortgage housing can often account for 30% of retirement expenses.

Moving to an apartment or condo where your costs are fixed can lower your monthly expenses and make budgeting easier. There are no unexpected expenses.

And downsizing can result in a large windfall of cash. I recall one 85 year old client who was finding it hard to financially maintain her home. When we sold her house she was able to pocket over $300,000 in cash. This eliminated significant expense and she was able to invest the money to produce a monthly income. At only a 4% rate of return, this would produce $12,000 in annual income.

As we age, there are lifestyle factors that come into play. You may find your social life benefits if you are living in a community of other older adults. Additionally many senior communities offer such perks as meals, transportation, social functions, church, theater, games room and laundry services.

The aging process makes it harder to move. A move at any age is physically and mentally exhausting. It’s that much more daunting for older adults.

As we age, a sudden health decline or death can unexpectedly force a move upon us. A very stressful situation for the entire family. I had a client in his 70’s who sudden lost his driver’s license for health reasons. He lived outside the city where there was no public transportation. Until his house sold he became a prisoner in his home, dependent on family for getting around. Moving to an apartment in the city gave him back his independence.

And should a spouse pass away, it becomes harder for the surviving spouse to move from the home they shared for decades. When this happens usually the adult children shoulder much of the responsibility for taking care of the house and ultimately selling it.